True paper is characterized as thin sheets made from fiber that has been macerated until each individual filament is a separate unit. The fibers are then intermixed with water and by the use of a sieve-like screen; the fibers are lifted from the water leaving a sheet of matted fiber on the screen.

Paper was invented in China, AD 105, by the Chinese. It was thin, feted, and flat formed in porous molds from macerated vegetable fiber.  Paper is primarily used for writing, artwork, and packaging; it is commonly white.

Papyrus is an aquatic plant. So it has a vegetal origin. Many people include think of papyrus and rice paper as paper. They are not. Papyrus is not made from macerated fiber so, it is not true paper. Papyrus is made from a grass like aquatic plant in the sedge family called Cyprus papyrus.

In some times back, history of paper also include making from animal skin. It was very used in middle age. It was easier to get than papyrus. It was harder and better than papyrus to write. It was very expensive too. Men made parchments stretching skins.

Nowadays paper is mainly made from wood. Men cut lots of tress to make paper because it is a very important material in our life. It has many usages to write, to wrap, to pack, and to decorate 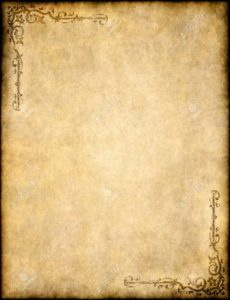 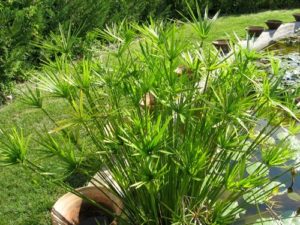 HOW PAPER IS MADE:

Back in times, before the invention and current widespread adoption of automated machinery, all paper was made by hand, formed or laid one sheet at a time by specialized laborers. Even today those who make paper by hand use tools and technologies quite similar to those existing hundreds of years ago, as originally developed in China and Asia, or those further modified in Europe.

History of paper making is done as following method: 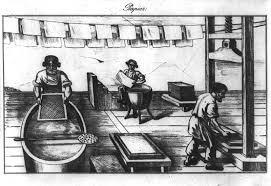